Her rise to fame began on a trip to town and a visit to a local Art Gallery owned by Adrian Swain in Morehead, Ky.  Intrigued, Minnie went in the store to see what Adrian had on display. She told Adrian that she was a wood carver and he encouraged her to bring some of her artwork in. Adrian began selling her carvings and introduced her to folk art dealers.

Minnie suddenly found she had more work than she could handle. She and Garland began working together to create the most sought after pieces of art work in the country. They didn’t keep it to themselves. They became the driving force behind the folk art movement in Northeastern Kentucky and  introduced others to the folk art movement.

She has been locally, nationally and internationally recognized for her unique carvings. She’s received numerous awards, local, state wide and throughout the United States and abroad. There have been many books written about her and most recently she collaborated with Mike Norris (musician and songwriter) on four books: "Bright Blue Rooster” ......“Sonny The Monkey" ...."Mommy Goose"...."Ring Around the Moon" Mike writes the story lines and the illustrations are photos of Minnie's carvings.

She thanks God and gives Him all the credit for any talent that she has.

I was buying Minnie’s artwork before I actually met her.  What gallery named Possum County Folk Art Gallery would be complete without one of Minnie’s POSSUM with BABIES hanging on her tail?

We finally met 20 years ago at one of her Day in the Country shows and became good friends. We are so glad to have her artwork in our gallery

Minnie and her Kentucky friend MIKE NORRIS have 4 children's books

available on Amazon.      Mike writes the stories and songs and

Minnie illustrates them with her carvings..........Check 'em out! 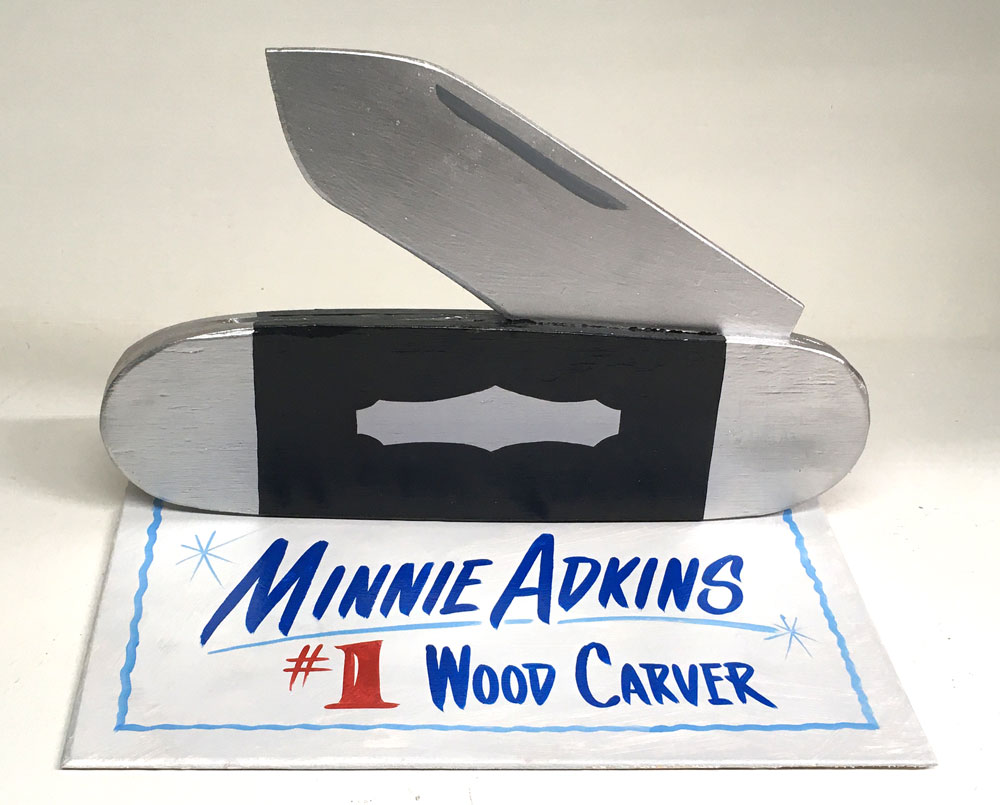 Link to a NPR Story & Interview