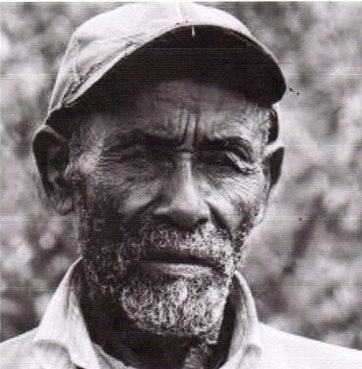 Eddie was born in 1939 and raised in rural Arkansas.  As a kid he lived near the railroad tracks and was always fascinated by the steam engines pulling hundreds of railcars. He was also fascinated with airplanes…but never took a plane ride… even on one of the small Piper Cubs that regularly was flying low overhead….he also lived near the airport of his small town.

He worked over 30 years on the Illinois Central Railroad as a “Gandy Dancer” working on their tracks.  After his retirement, he started carving small model trains and airplanes for his grandchildren and neighbor kids. He also made models out of scrap wood and “found” objects.

He started selling at nearby flea markets and craft shows.  A friend of ours found Eddie and bought some of his pieces.  He showed us the pieces and he got us connected with Eddie.  We will be representing him and we’ll be posting his creations for sale on this website.

When we first talked to Eddie…we asked if he was related to “SATCHMO”…he was NOT related to the great trumpeter LOUIE ARMSTRONG...but he was a great fan and always entertained his friends with stories about times he  spent with his "cousin" Louie.  Eddie says…”I actually saw him one time..…I started tellin’ people that we were related….folks seemed to like hearin’ the stories…so I kept telling ‘em…the stories got longer and more detailed as time went on”

We were happy to meet Eddie on the phone and we are very happy to make his creations available to our many folk art collectors.