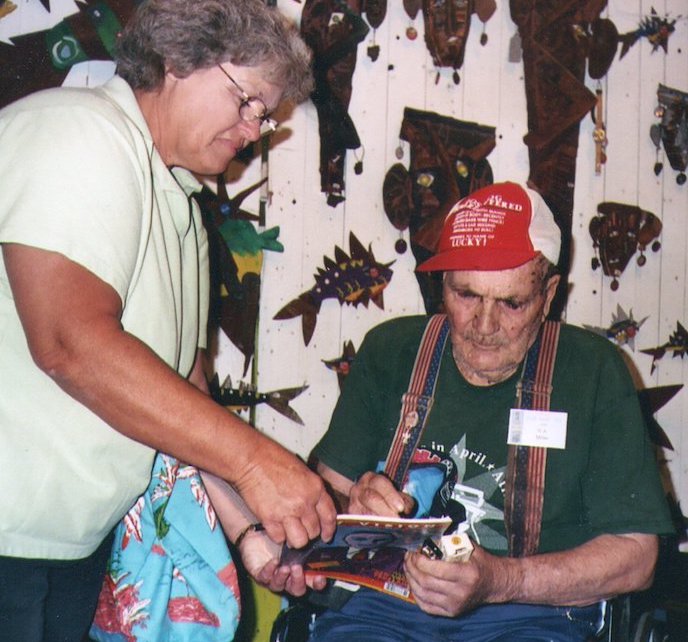 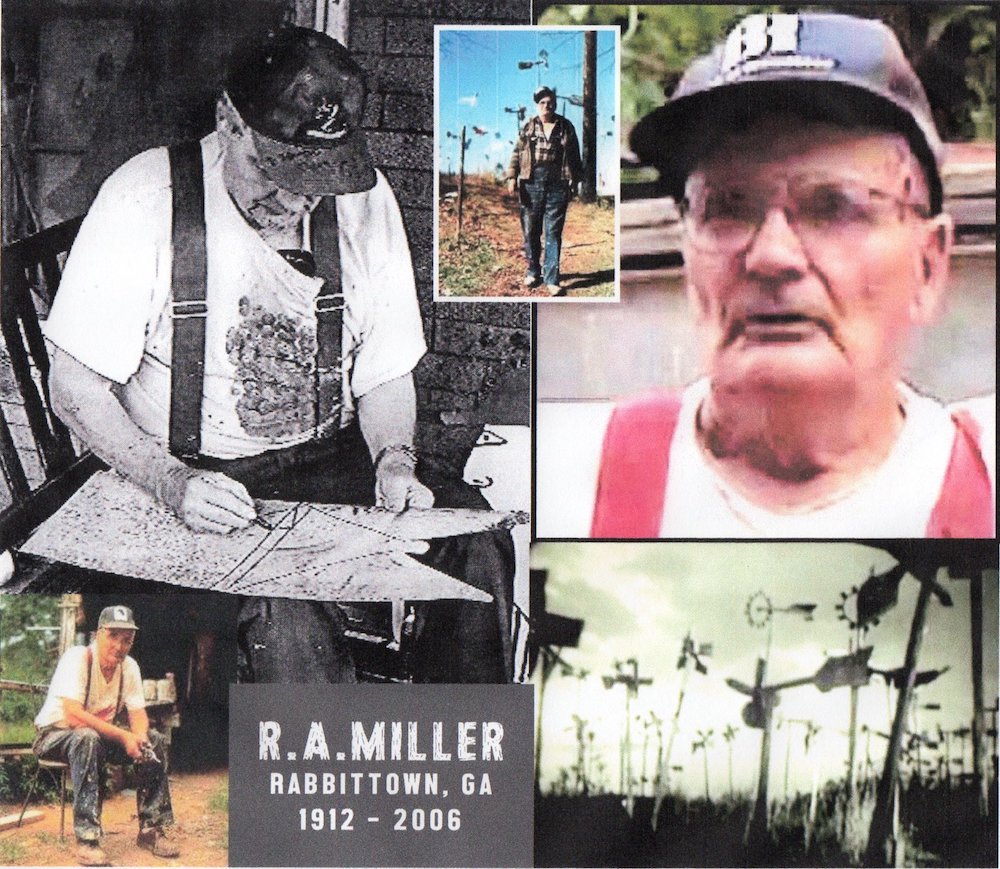 R A MILLER Born in 1912 near Rabbittown Ga. He lived all his

life on the property where was born.

His father died before R.A. was born…at 12 years old his Mother

work at the local Cotton Mill. His hours were… 6 am to 6 pm…he

and preached for many many years.

In his 60’s, he started losing his eyesight due to glaucoma.

To keep busy he started making whirligigs and metal animal

and human cut-outs and filling his yard with dozens of his creations.

was featured in many magazines, newspapers and TV shows.

in his yard environment.

When we first met him, he asked Sheila if she liked “that crap”….