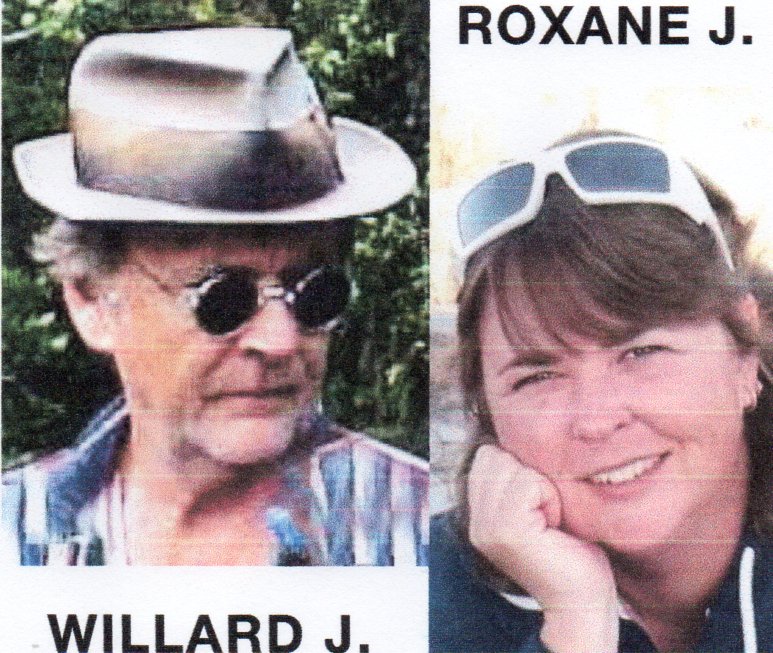 Willard was always an artist, making and selling thousands of silver coin cut-outs back in the 70s and 80s. He also made lots of scrimshaw engravings and carvings. He sold his nautical jewelry and other works in art shows and in retail shops and up and down the east coast from Key West Fl. to Myrtle Beach SC.

As he got a bit older, he developed macular degenerative eye disease and could no longer do fine detail work, so he got into making and creating a wide variety folk art paintings and assemblages. We first met Willard at a Finster Fest at Howard Finster’s Paradise Garden in Summerville, GA.

Willard was quite prolific and created lots of folk art. His art has been seen in the movie “Year of the Dog.”  It was filmed at a restaurant in California that had purchased his art. You have also seen his art on TV Mullet: “A tale of two fish” Documentary and on CD Album covers.

His daughter Roxane J inherited his skills, artistic ability and a passion for Folk Art and is an artist as well. They worked and created many pieces together over many years prior to Willards unexpected passing in 2015.

Her "Dad's look" comes thru in all her paintings...she has his skills plus she's added her own ideas.  We will be posting lots of her work, and we're happy to have her in our gallery!

Roxane has inherited quite a bit of her father's art that he started and never got  finished. Even though he has gone on to Folk Art Heaven they will still be collaborating for many years to come as she will be finishing those pieces.  We will be offering those collaborative pieces as well as art that she creates on her own.

Willard’s favorite quote……”Don't fall down or the hogs will get you."