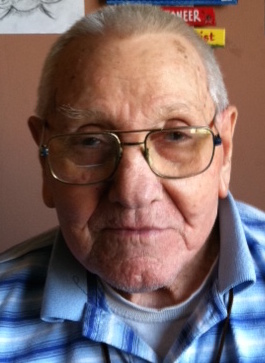 We have a large collection of his creations that we will be adding to the website in the near future. Check back often to see what we've added.

He was a study in overachievement!

Geo. G. was a lifelong sign painter who'd been creating for NEARLY A CENTURY!

In the 30's, George became a world class penman and created such unusual items as penning the Lord's Prayer on the EDGE of an ordinary business card and on one side of a toothpick and his name, address and phone number on a single grain of rice.

In the 40's he became an auctioneer and became an instructor at the Reppert School of Auctioneering for a decade.

In the 50's he got interested in steamboats and started making models of river steamboats (from 2 to 10 feet long). He made over 150 models and operated steamboat museums in Illinois and Missouri.

He carved over 2000 wooden swords, knives and daggers. He made over 2000 walking canes and sticks. He became an expert on old outhouses and published the book "The Little House Out Back" back in 1981. He is in the "Outhouse Hall of Fame". He made over 350 models of old privies.

In the 80's and 90's he started making Tramp art boxes, picture frames, shelves, clock cases, etc. All the while he was creating all these wonderful things he ran a full time sign business. Many of his creations are preserved in private, museum and corporate collections.