John has Kentucky roots and now lives in Michigan and spends most of his time taking care of a handicapped family member.  Now in his mid-sixties he is retired from the auto industry and supplements his income by doing folk art.

We met John many years ago.  At that time he was a collector of license plates from all over the United States. He painted a license plate for his car and was surprised when folks wanted to buy it. He had many “common plates” that he didn’t need or couldn’t trade or sell so he started painting and selling them at flea markets.

We’ve been selling his plates for several years now.

We have many collectors that buy nothing else from us but John’s license plates. 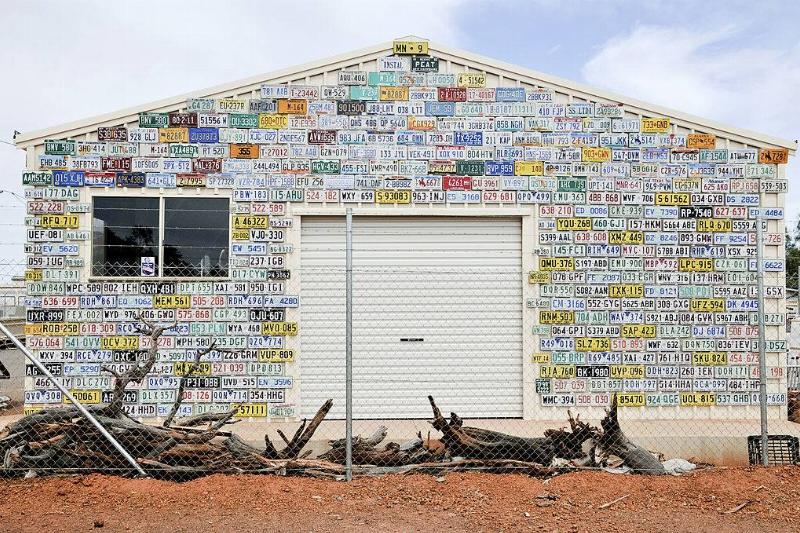 SOME FOLKS PAINT LICENSE PLATES - SOME NAIL 'EM ON THEIR BLDG

Here's a good way to display your License Plates

Get "S" hooks from the hardware store

and hook 'em together! 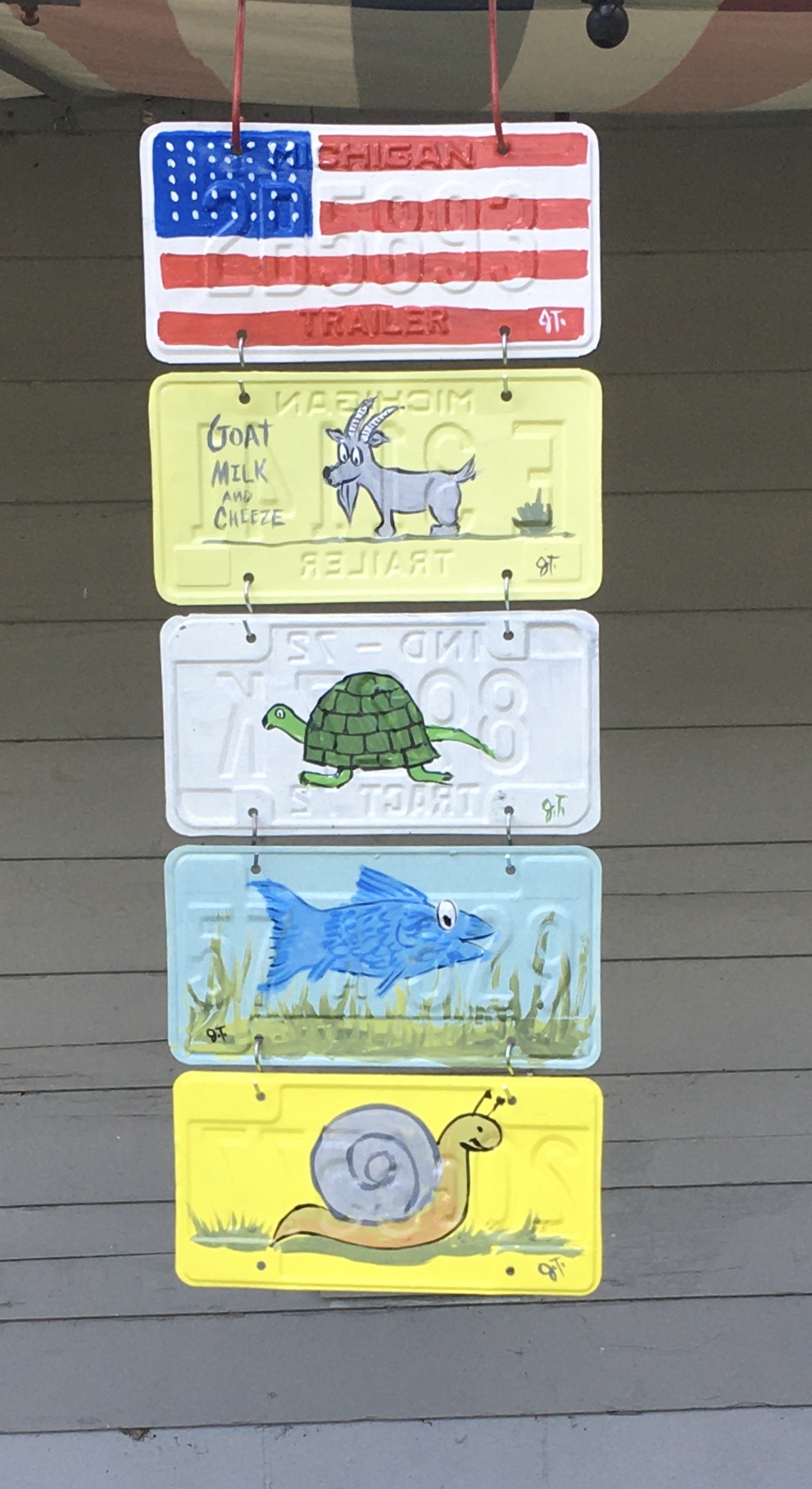 JOHN TAYLOR said he was tired of painting license plates...he wanted to paint

something bigger and more colorful....Below is the first group he just completed.